In Endurance Performance Proposition #1: Birth of a Nation, six dancers enact, frame by frame, the first great chase scene of Cinema from D.W. Griffith’s 1916 film, The Birth of a Nation. In this infamous scene, the mulatto Gus (played by a white actor in blackface) lustfully chases virginal white Flora—she throws herself off a cliff rather than submit to his wanton advices and her virginal sacrifice—instigates the founding of the Ku Klux Klan. The debate over Birth of a Nation pits against each other those who believe the film is a stain on the history of cinema—and those who defend it as an undeniable landmark of cinematic technical and narrative sophistication.

Both sides are correct. The scene remains repugnant—especially because it makes plain how ubiquitous Griffith’s filmic language remains. His invention of rhythmic editing, parallel plots—Potemkin wouldn’t come for another 9 years—is part of our own DNA as viewers.

It provides the template for every chase scene we have ever seen. We know this scene in our bones—having seen and felt the emotional melodrama of these exact edits, iterated thousands of times. That means the scene’s White Suprematist roots, riddled with Griffith’s perverse desire to see young girls brutalized—remain in our bodies as well.

To defamiliarize his tactics—and to access this knowledge inextricably implanted in my own body—I translated his filmic movement to live movement. I taped out the “film frame” on the floor and taught three pairs of performers the 66-shot sequence. Upon every repetition, we trade roles. The piece runs for as long as it takes for the performers to submit to total exhaustion—one performance ran for four hours. Depending on when viewers encounter it, they see the performers at various states of physical and mental exhaustion, affect draining from their bodies, degrading the legibility of the melodrama, exorcising the chase. 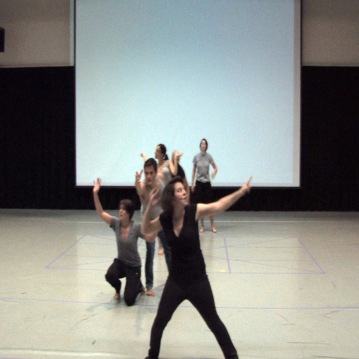 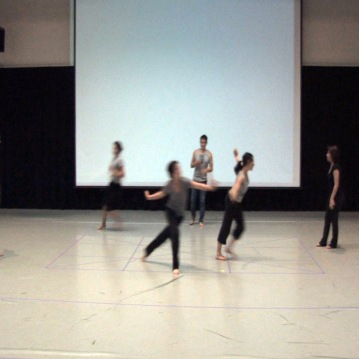 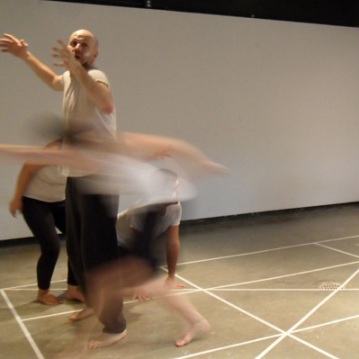